In our latest review, Greg Smith finds much to recommend in Matthew Kaemingk’s book on the relationships between Muslims, Christians and secularists in the Netherlands and the USA.

What are the connections between the iconic cities of Amsterdam, Mecca and New York? How can Christians, Muslims and liberal secularists live in peace together and engage in conversation in the public square? In this well-researched volume Kaemingk argues compellingly that the best way forward is through theology—specifically through the Reformed Protestant theology of the Dutch Prime Minister, Abraham Kuyper (1837-1920) and his colleagues in the Anti-Revolutionary Party.

In Part 1, Kaemingk provides an account of how the Netherlands, once perhaps the most liberal and tolerant of all Western nations, saw a rise in anti-Islamic populism in the 21st century. In Part 2 he presents the work of Kuyper and his success in establishing a pluralist democratic society with “pillarised” faith-based institutions in civil society. Part 3 develops the theology of pluralism and hospitality, building on and applying the Kuyperian tradition, and examines the calling of the church as gathered for worship and scattered in the world. In the final section he looks at how this might be applied in the USA today, in ways which would avoid the blind ally of the culture wars and resonate with some of the foundation values of American democracy.

The Netherlands is one of many Western countries where a post 9/11 narrative of the clash of civilisations, between Mecca and Amsterdam, has led to a consensus which explicitly rejects multiculturalism as a failed policy. Secular liberalism has developed a somewhat illiberal critique of religion—and Islam in particular—and, in alliance with populist and nativist ideas, has started to demand minorities become integrated or even assimilated into mainstream society if they are to enjoy the benefits, rights and responsibilities of citizenship. Kaemingk does not accept the totality of this consensus but recognises that there is some truth in the idea of an incompatibility between Islamic worldviews and a progressive polity where the claims for equality of women and LGBTIQ+ people are taken seriously. In the Dutch case this has been a bumpy journey including the assassination of Pim Fortuyn, the gay, anti-Islamic, populist politician. His account of the recent history of the Netherlands is illuminating and his critique of Geert Wilders recognises the history of the Dutch global empire, which was built on slavery in the West Indies and mercantile exploitation of the predominantly Muslim East Indies, and the consequent migrations of the post-colonial era.

I would have enjoyed even more detail here. I also wonder if the attack on multiculturalism as a failed policy needs to be challenged, as it was often half-hearted, failed to understand the nuances of cultural change, hybrity and intersectionality, and foundered on the resistance of overt personal and institutionalised racism.

The middle portion of the book begins with a section that seeks to offer a Christian defence of Islam. Drawing on Nancy Fraser’s idea that a healthy democracy needs conflict, not consensus, and noting that most of the assertive countercultures she advocates share the liberal opposition to Islam, he argues that Christianity is best placed to be that counterculture. This leads into a detailed examination of the thought and political career of Abraham Kuyper, a Reformed Church minister and theologian who then entered politics, built a successful political movement, and served as Prime Minister of the Netherlands in the period leading up to the Great War. Kuyper was anti-modernist in theology with a conservative, Reformed view of the Bible and salvation, and he called his Party Anti-Revolutionary as he was appalled by the brutality and secular excesses of France and other European countries. He held a view of ‘sphere sovereignty’ where sectors such as family, business, arts, health, education, church and politics had an independent life and should have separate modes of governance. He held a strong version of the Reformed view of vocation and encouraged Christians to work to bring a godly influence to bear in the occupation or sector to which God had called them.

Kuyper had strong religious and moral convictions and did not hesitate to speak and write about them. Yet his politics was fundamentally pluralist, hospitable and gracious, rather than a zero-sum game where the “democratic” winner would take all. In his era the major faith communities were Catholic, Protestant and secular liberal and the Dutch political settlement allowed each to develop their own parallel set of educational, medical and cultural institutions. The best enduring example is the Free University of Amsterdam. Yet, at the same time, each faith was able to offer explicit, robust and faithful theological arguments in the public square. This seems to offer an interesting alternative to the (William) Temple tradition of Anglican social theology with its reliance on middle axioms and the powerful, sometimes controlling, influence of the established church in national life.

In the final section Kaemingk turns his attention to current politics in the USA where the polarisation between progressive liberals and aggressive populists is endangering democracy. With most white evangelicals supporting Trump’s crusade to make America great again by dominating the lives of Muslims and other minorities, can one hope for a better way? Kaemingk certainly does, and issues an appeal for American Christians to see Islam as an ally rather than an enemy in a more hospitable, pluralist politics. In the context of the pandemic, the Black Lives Matter movement, Brexit and the instant rage of social media, could this also be a way forward for multi-faith Britain?

In a cameo epilogue Kaemingk provides a brief guide through the table politics of Holy Week. Such a politics—where faith convictions need not be suppressed, but offer prophetic confrontation, communion, laying down of life, forgiveness, grace and ultimately resurrection—sounds very attractive.

A Pedagogy of Hope: Anti-Racism, Inclusion and Diversity in the Church by Sanjee Perera and Simon Lee 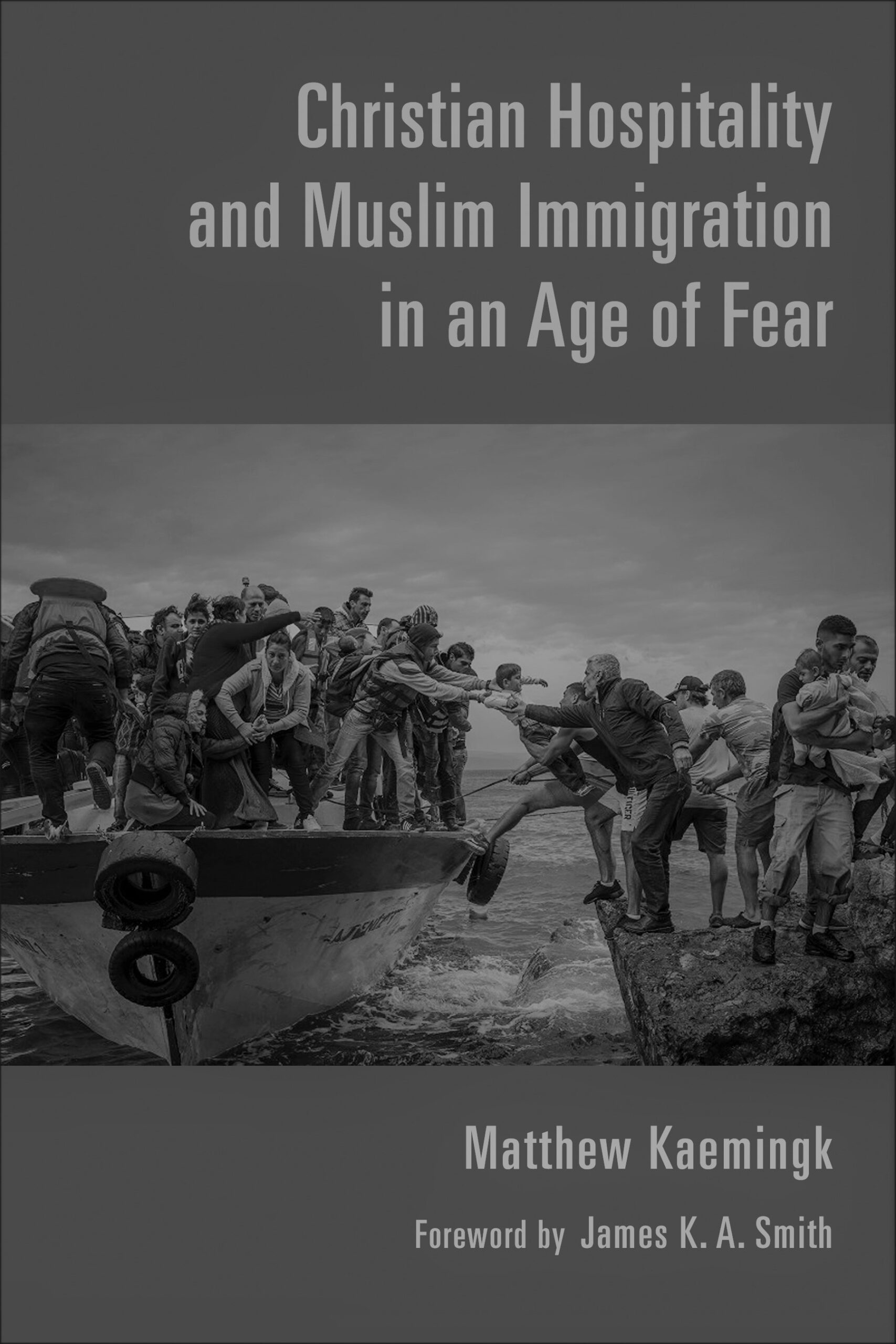