Review of ‘The Road to Unfreedom’ by Timothy Snyder

John Reader, one of our Senior Research Fellows, reviews Timothy Snyder’s book ‘The Road to Unfreedom: Russia, Europe, America’ and suggests that a digital ethics for public life is urgently needed in today’s political climate.

My particular interest in this book centres on the impact of digital media on political life in Russia, Europe and America and the ways in which this undermines public life. Snyder’s central argument is that what he calls the “politics of inevitability” has given way to the “politics of eternity”. The politics of inevitability refers to the idea that what there is to look forward to is essentially more of the same; there is no alternative to the onward march of market forces. The politics of eternity refers to the situation where life is more like a constant cycle of gloom, and where governments can no longer offer the promise of progress in any form, so instead manage their people by manufacturing crises and manipulating emotions. Digital technology is deployed in order to deny that there is any such thing as truth or objectivity, and life is reduced to spectacle and feeling, undermining both democracy and public debate, and raising questions about how those of faith might hope to respond or engage (p. 8).

In the opening chapter Snyder refers at length to the writings of a lesser known figure, Ivan Ilyin, whose earlier portrayals of a Russia constantly under external threat, but innocent of the crimes and mistakes of other nations, has been revived and used by Putin to justify his own grasp of power and increased hostility towards the US and the EU. On the basis that the whole of life is arbitrary anyway, the idea that the rule of law, democracy in any form, or even a one-party state can function effectively, is overthrown, and what is left is the rule of one person—Putin himself of course—often thinly disguised as a form of fascism (p. 24).

The argument of chapter three raises the question of what happens to countries when the era of empire has come to an end. The project of EU integration is interpreted as a response to this situation. Hence, its principles of democracy, the rule of law, free trade and free movement represent a logical political response to a context in which the old empires have disintegrated, and it is no longer possible to return to some golden age of the individual nation state forging its way in a globalised world on the back of a notion of sovereign independence. The alternative, now being pursued by Russia, is what is called “Eurasia”, a sprawling space covering large swathes of both Russia and Europe.

The chapter traces how Russian attitudes to the US and the EU shifted decisively following the end of the 2000s. Having previously perceived these other regimes as equals, the objective from 2011 onwards was to export Russian chaos and disintegration on the grounds of what Snyder calls a “negative sum strategy”. Since the EU has never faced any real external challenge, it is oblivious to the Russian use of the internet and digital technology to undermine its own foundations (p. 100). Neither the UK nor the EU are properly aware of the levels of activity of trolls, bots, and tweets, and the underlying power of Russian TV and its Internet Research Agency (p. 106). This is cyber warfare: technology is now deployed to spread fake news to the point where no-one knows who or what is to be trusted and any sense of factuality disappears completely. In this context, politicians know that they can say anything since there are no longer accepted criteria of truth or credibility. The deployment of digital media by faith groups therefore needs to question the naïve assumption that it is simply a neutral communication tool, and instead recognise ways in which the technology can be used to shape human behaviour.

Chapter four describes how Ukraine, on the boundary between Eurasia and the EU, became a focus of conflict. The narrative is disturbing, revealing the ways in which Russia’s control and manipulation of the media and digital technology fooled other nations into believing a convenient but false account of events on the ground. A further section focusses on the deliberate destruction of the boundary between people’s public and private lives (p. 203). “The only politicians who are invulnerable to exposure are those who control the secrets of others, or those whose avowed behaviour is so shameless that they are invulnerable to blackmail.” Once public life is no more than entertainment or spectacle, the idea that there are any values or principles to be honoured or respected is abandoned. In this context, how are alternative values to be articulated and given credibility?

In chapter six Snyder concentrates his attention on the rise of Trump and his long-standing links with Russia. Most disturbing is the way in which US citizens were both susceptible to manipulation through the use of the internet, bots, hackers, Twitter and Facebook, and the extent to which “news” in the USA has been detached from local sources and become another form of entertainment. A contributory factor is the decreasing attention spans of many people, leaving them open to the instant impact of sound bites that enter almost at a subconscious level.

The echoes reverberate well beyond Russia and the US right into the heart of UK and EU politics. What is less clear, though, is what alternatives we have to either the politics of inevitability or the politics of eternity. Can we return to the values of the rule of law and democracy? If so, Snyder does not explain in this book how we can defend these values against the damaging impacts of social media and digital technology. A digital ethics for public life, I suggest, requires insights and faith practices which embody “the slow work of time” as well as criteria for trustworthiness and credibility. 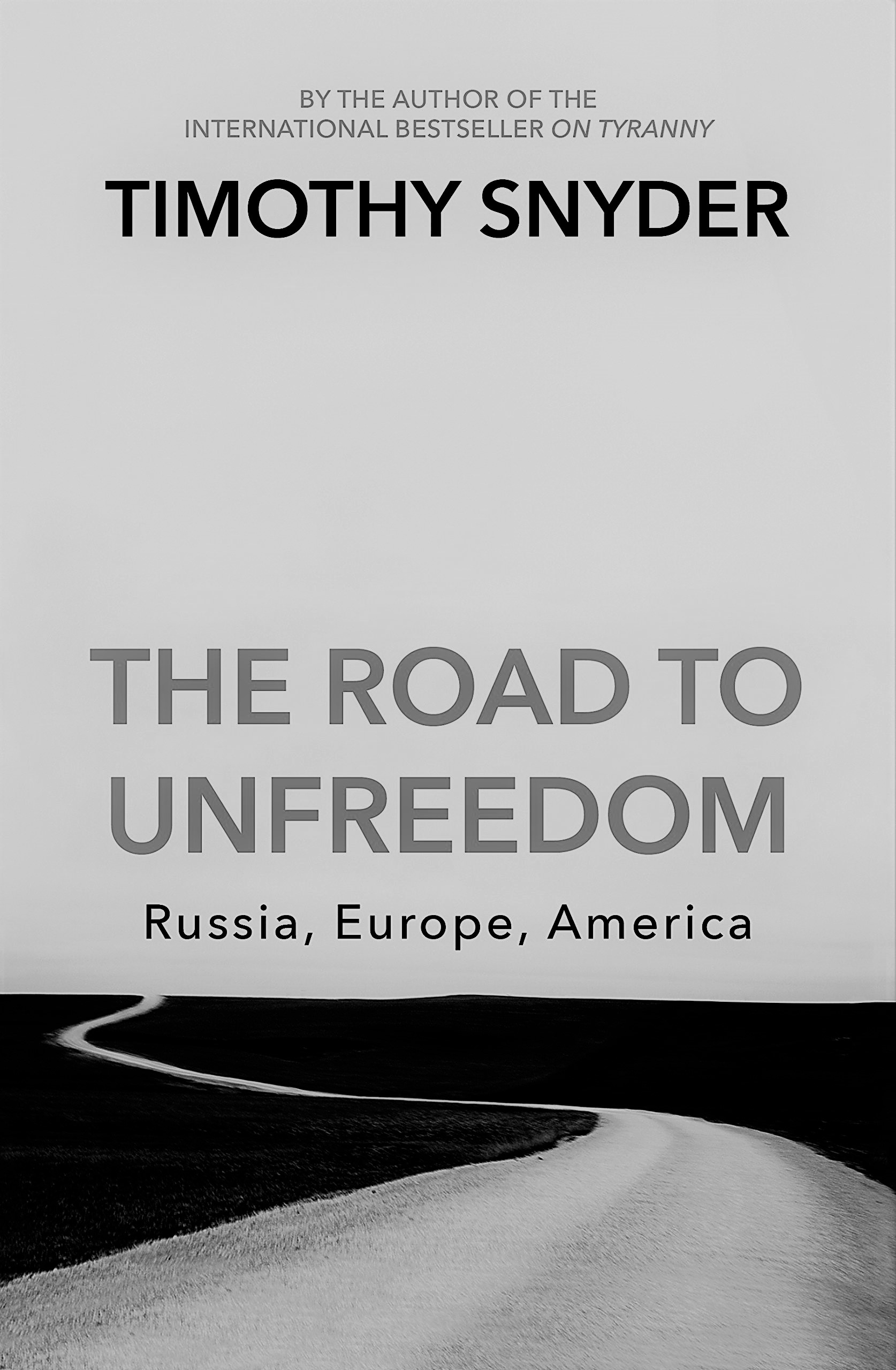