Review of ‘Tragedies and Christian Congregations: the practical Theology of Trauma’

Rosie Dawson, Associate Research Fellow at the William Temple Foundation, reviews ‘Tragedies and Christian Congregations: the practical Theology of Trauma’ edited by Megan Warner, Christopher Southgate, Carla Grosch-Miller and Hilary Ison, and reminds us that churches can be both comforters after, and perpetrators of, trauma.

“This is an extremely important book,” writes Bishop James Jones in his foreword to Tragedies and Christian Congregations. And so it is. The field of trauma studies itself—let alone of trauma in relation to Theology—is still relatively new. The understanding of how traumatic events come to dominate the lives of individuals and communities has developed greatly since the Hillsborough disaster of 1989 with which Bishop James was so closely associated through his chairing of the independent panel. Many who, like me, were assessed as adoptive parents 20 years ago will wish they had been privy to some of the more recent research into how trauma affects the young brain. This book offers a comprehensive resource to those wanting to understand what trauma is, how it manifests itself individually and collectively, and how churches might respond liturgically and pastorally to traumatic events both within and beyond their congregations.

The Tragedy and Congregations project at the University of Exeter from which this book grew was started in 2016. The following year terrorist attacks in Manchester and London and the fire at Grenfell Tower in North Kensington presented an urgent challenge to churches which sometimes found themselves overwhelmed by the demands placed on them. Some of those involved shared their experiences and liturgies with the authors. The Revd Prebendary Alan Everett wrote in his memoir After the Fire that perhaps the most important thing that he had done in his entire ministry was to open his church and turn on the lights as the fire took hold of Grenfell tower. Liturgies included as appendices in the book include the national memorial service held for the Grenfell victims at St Pauls cathedral and a “reclaiming” service held in Salisbury following the Novichok nerve agent attack in 2018.

As the title of Bessel van der Kolk’s seminal work of 2014 says, The Body Keeps the Score. Trauma refers not only to an event or experience but to the imprints left on brain and body and their long-term consequences. Hilary Ison details the physiological aspects of the trauma experience which trigger the responses of fight/flight. Trauma is what happens when an individual is overwhelmed, has her beliefs about how the world works shattered, and is unable to process what has occurred. Healing the trauma lies not simply in a cognitive acknowledgment and acceptance of what has taken place but in identifying the sensations in the body which give rise to dis-regulated emotional states. Kate Wiebe’s chapter “Towards a faith-based approach to healing a collective trauma” explains how the tissues of a whole community can be damaged, creating an injury or culture which is both different from and more than the sum of the private wounds of the individuals involved.

But, as Meg Warner explores in her chapter on “Trauma through the lens of the Bible”, we are not left comfortless. The Bible is a book borne of devastating loss. The Hebrew Scriptures were put together in their present form in the aftermath of war, exile, and the destruction of Israel’s holiest places. God’s people cry out for justice; they wonder if their God has abandoned them. Much of the New Testament too was written after the destruction of the second temple in AD 70. The Bible provides an invaluable and tested resource for those seeking to express and heal their trauma. When I visited the area around Grenfell Tower a few months after the fire I found the walls of underpasses graffitied with quotes from Scripture, including the Beatitudes—”Blessed are those who mourn for they shall be comforted”—and Psalm 61—”Hear my cry Oh God; attend to my prayer. From the ends of the earth I cry unto thee when my heart is overwhelmed.”

The events of 2017 provided churches and other faith groups with many opportunities to reach out effectively and with compassion to their neighbours. But the authors note the danger of the church focussing so much on this role that it fails to recognise its own propensity to inflict trauma. Carla Grosch-Miller considers the trauma visited on congregations when a religious leader is found to have sexually abused a child or adult. Clergy abuse creates “spiritual havoc” among congregants who will question every sacred moment they have shared with the offender. Inadequate institutional responses to the abuse may compound the trauma. Grosch-Miller speaks of congregations being “in recovery” for years. “Afterpastors”, as they are known in the US, may find themselves the focus of displaced anger and mistrust. The job of guiding a church through the process involves giving clear information about what has happened, creating safe spaces in which people can express their feelings, and providing reassurance that those feelings are normal in the face of terrible reality.

The aim of recovery from trauma, we are reminded, is never to return to things as they were. But facing trauma has the potential to transform and to heal. A story which Grosch-Miller considers in the second chapter of the book, but which resurfaces several times in subsequent contributions, is that of a Manchester teenager who committed suicide because she felt that her church and God would not be able to accept her as gay. The response of the minister and congregation to that tragedy is offered as an example of the transformation that is possible when trauma is faced head on and allowed to reshape peoples’ understanding of Scripture, faith, and practice.

Healing trauma is not the work that the Church must get out of the way in order to get on with its core mission. Healing trauma is the Church’s core mission. Grosch-Miller quotes John Wall: “To be created in the image of a Creator is one way of saying that we are in part perpetually responding to furnish new moral worlds within the… complexity and tragedy of human life.” (John Wall, Moral Creativity: Paul Ricoeur and the Poetics of Possibility, OUP, 2005) 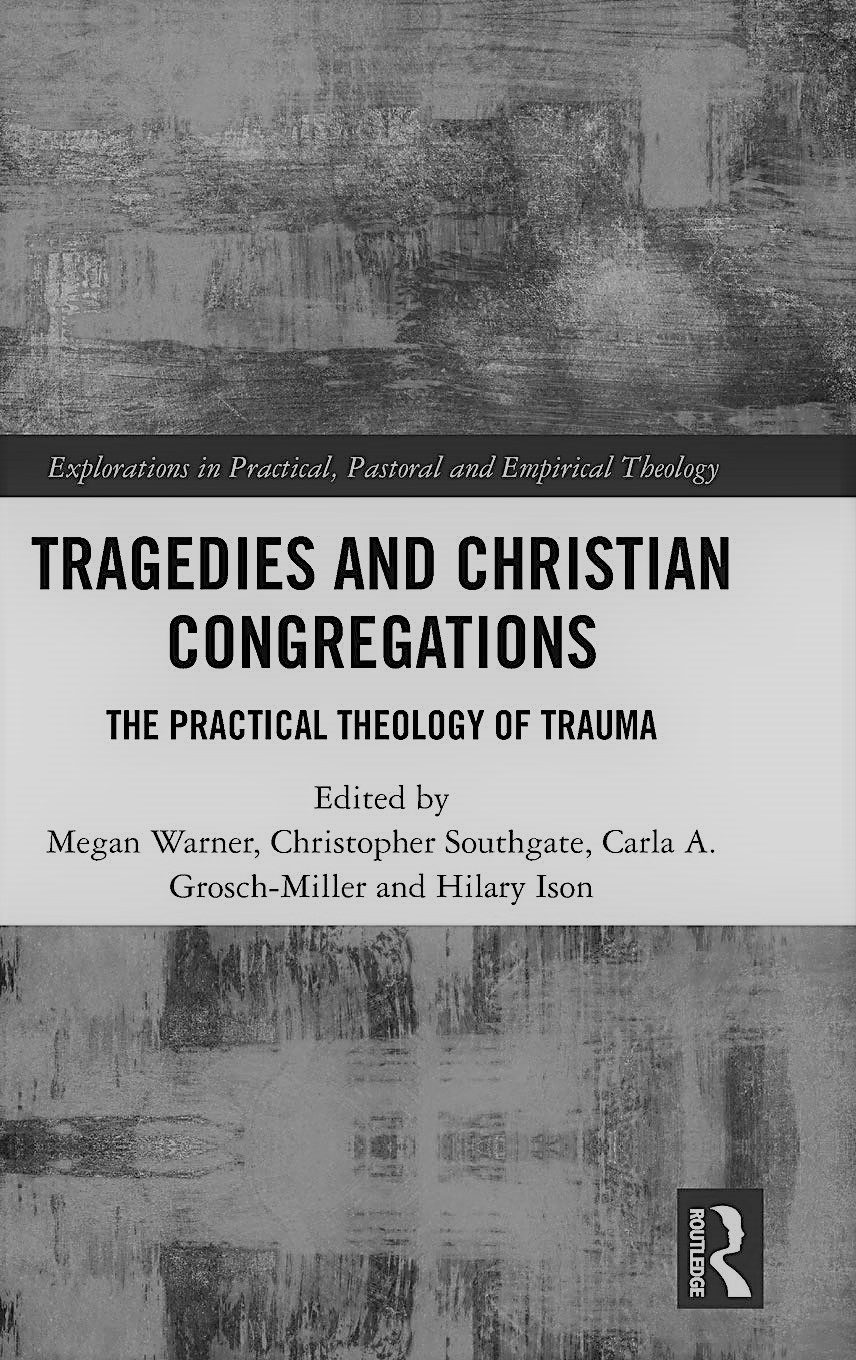