Review of ‘Looking beyond Brexit’ by Graham Tomlin

In the wake of Brexit, Greg Smith reviews Graham Tomlin’s call for a more harmonious future. Whilst he approves of the desire for reconciliation, Smith wonders whether Tomlin’s book is really up to the task.

This short book from the Bishop of Kensington responds to the perceived sense that the Church of England can help to reconcile our post-Brexit political polarisation. A polarisation between what David Goodhart has described as the “somewheres” and the “anywheres”, the localists and the cosmopolitans, the nativists and the internationalists. It is undoubtedly a good thing that a key leader of the established church has made an effort to address the identity crisis and political divide triggered by the 2016 referendum, especially since being at least nominally Church of England was associated with the Leave vote. While no one can doubt that reconciliation, or at least civility in continued disagreement, would be welcome, or that Christians and people of faith could play a significant role in addressing that challenge, it seems to me, however, that this book is unable to deliver on what it promises.

First, who is the audience for this essay? Tomlin never defines what he means by the pronouns “we” and “us”. This inevitably presents a problem, since much of the underlying tension in the Brexit debate was about identity—the boundaries drawn between “us” and “them” in a society rendered complex by diversity and intersectionality. One can probably assume that he is thinking of an undifferentiated “English people”—assumed to be Christian. Certainly, the appeal to Christian values is rooted in aspirations to virtue and morality that will be widely accepted. Yet it is almost impossible to believe that “being perfect even as my Father in heaven is perfect” can be understood or even approached without, to put it starkly, the “life transforming power of the gospel”. So, is the call only addressed to the church, the company of believing disciples of Jesus, in the hope that they have something distinctive to contribute to the post-Brexit debate? Maybe, but in a society where Christian belief and practice is the pursuit of a small and declining minority, and where the authority of religious leaders is constantly questioned, even within the church, such a call can only make a small impact.

My second concern relates to Tomlin’s reading of history. Anglicanism makes much of the fact that it has been, and continues to be, a church that bridges Catholic and Reformed traditions and theologies. Almost 500 years ago, in a sixteenth century version of Article 50, Britain made a break from Europe declaring the King, rather than the Pope, the supreme head of the Church of England. However, to suggest that the Henry VIII’s nationalisation of church assets and power, and the subsequent Elizabethan compromise made for peace is far-fetched. It led to 200 years of bloody conflict at home and abroad. Jesuits were hanged, drawn and quartered; dissenters were forced to conform, at least occasionally; and England engaged globally, and on the continent, in the European wars of religion. These troubles became the backdrop for colonial expansion as persecution drove out the pilgrims, and state-sponsored, Church-blessed piracy on the high seas developed into the transatlantic slave trade. The English Civil war brought slaughter on an industrial scale alongside religious anarchy, while, after the Restoration, the persecution at the hands of Anglicans continued as preachers like John Bunyan and George Fox were imprisoned and the Scottish Covenanters were hounded to their deaths. Religious toleration was only established by law in the 19th Century. In other words, Tomlin’s assertion that the “Christian conviction that every person, regardless of  wealth, social status, gender or even moral goodness is equal as a recipient of God’s love and attention” has only relatively recently entered into the thinking and practice of the Church of England, and remains imperfect (p. 34).

Thirdly, there is no discussion of the underlying contours of the Brexit vote, which seem to be mirrored in the swing to the Conservatives in the recent general election. Broadly speaking, in both cases, it was old, white, English, provincial males who were more inclined to vote Leave, and now for Boris Johnson. A disproportionate number regarded themselves as culturally Christian and Anglican while the majority of bishops and clergy are, it seems, avid Remainers. Geographically speaking, populist support for Brexit appears to be concentrated in non-metropolitan, white, working-class, post-industrial areas. The mission strategy of the Church recognises, through its changing allocation of resources, that such post-industrial areas are particularly tough going precisely because of Church neglect and failure, while churches that flourish are more likely to be found in Remain voting parts of England. Does the Church have any right to speak of reconciling the Brexit divide before it puts its own house in order?

Finally, there is nothing substantial in this book about the possible economic and social consequences of Brexit. The economic risks, whilst already evident in the short term, are not properly understood in the medium to long term. Moreover, trade unions fear a reduction of workers’ rights and environmentalists fear for the future of the planet. The Brexit narrative about immigration suggests there will be an even more hostile environment, not only towards refugees and migrant workers, but also towards Black, British-born families. As Anthony Reddie has argued, the Church needs to analyse Brexit through the lens of a postcolonial liberation theology. If the consequences of Brexit are as bad as some fear, then Christians will need to cry out more loudly than ever for truth and justice to roll down like the rivers. It will not do for the established church to advocate a vicarage tea party style of reconciliation. 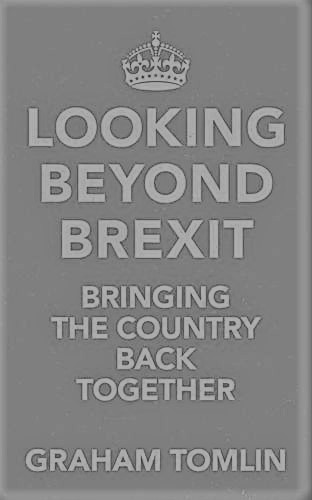