That social policy is in crisis is an oft repeated view. But given the considerable evidence, it is a contention which is difficult to refute.

Take having a roof over your head as an example. House prices have surged such they are now out of reach of the mortgage multiplier of the average income. As a report by the housing charity Shelter illustrates, the social housing stock is shrinking, such that more than 100,000 families have now been on social housing waiting lists for more than 10 years. In addition, whilst the private rental sector has expanded dramatically, deregulation has led to rising evictions. Rental costs are now at such a level that an acute problem of affordability has emerged which has hit the young and the poor particularly hard and has relentlessly driven up the costs of the housing benefit bill. Furthermore, over the course of the last year we have seen a record number of people becoming homeless, a phenomenon fuelled by the roll out of Universal Credit and resulting in many people being evicted from their homes.

Housing Minister James Brokenshire has now accepted that the Government now, “needs to ask [itself] some very hard questions,” about policy choices and how those choices have impacted on some of the poorest members of society. Levels of homelessness are also at record levels and, in turn, record numbers of homeless people (i.e. 600) have died in the last year alone.

It would also be possible to extend this commentary to many other policy areas: record and growing levels of child poverty, escalating levels of hunger and a spiralling need for food banks, a prison system marked by increasing levels of violence, an increasingly precarious NHS and schools are experiencing significant budgetary stress, and so on. In short, social policy is undergoing a crisis. What is contested, however, is the nature of the dynamics which are underpinning, feeding and fuelling this crisis.

Many have argued, including Government ministers, that Brexit has operated as a distraction. It is repeatedly suggested that the Brexit has sucked the oxygen out of political and public debate such that the policy crises outlined above are inevitably deprived of attention and resources. Furthermore, it is argued, the pragmatics of Brexit have meant that the Government, and in turn the civil service, have necessarily needed to divert their energies. Thus, in December 2018 John Manzoni, the Civil Service Chief Executive told MPs that around 10,000 civil servants were now working on preparation for Brexit, with 5000 more in the pipeline. Many of these civil servants have been seconded from key departments such as Work and Pensions, Defence and Justice and, as a consequence, their policy work has had to take a back seat.

However, such approaches to the social policy crisis are arguably rooted in a utilitarian ethical pragmatism—a view that aims to maximise ‘utility’ for the majority, thus rendering individual human needs and dignity dispensable. But questions need to be raised as to how defensible it is to formulate and implement policies which in effect frame unmet human needs as policy collateral, thus negating significant dimensions of human agency and the well-being of vast numbers of people.

Not only does the propensity to affirm and deploy utilitarian ethical pragmatism happen far too often, it has also been significantly amplified due to the sheer reach of some policy initiatives, for example the austerity programme. After the financial crisis, various policy responses were open to politicians, for example: an expansionary fiscal and reflationary monetary approach as initially adopted by Gordon Brown; Skidelsky’s idea of people’s qualitative easing; re-pegging corporation tax back closer to EU levels; addressing corporate tax avoidance and confronting the tax gap; implementing a more progressive tax structure; supporting the EU in introducing financial transaction taxes. As many experts have highlighted, the political options available were very wide-ranging indeed. UN Rapporteur Professor Philip Alston argues that the decision to address the fiscal deficit via cutting public services, the costs of which have disproportionately fallen on the poor and those rendered vulnerable in society, was a clear and consciously taken political choice. Again, a utilitarian ethics of pragmatism came into play: those least able to afford to bear the costs of these measures and least able to resist them, became a means to an end—their human agency reduced to their use value.

Utilitarian ethics have also been used to frame many specific policy areas too. For example, income support policies, such as Universal Credit, are primarily driven by the imperative to convert people to the status of worker, which is increasingly seen as the only credible or legitimate status and function in contemporary society, to the neglect and detriment of many other aspects of their lives.

Politicians would do well to heed William Temple’s words:

“Every human activity must be considered in relation to its context in the whole economy of life. To isolate man’s economic activity and to judge it by its own ‘laws’ alone makes the economic process an end in itself, which it is not: for ‘it and all its parts are primarily a means to something more than economic—the life of man’.” (Iremonger, 1948: 437)

Indeed, Temple also noted that in all areas of life, it is ethically and socially corrosive to engage with people purely in terms of their use value.

Social policy in Britain is clearly in crisis. What is more, the instrumentalism and inhumanity of an often economistic form of utilitarian ethics forms a key, and too often unquestioned axis, of this crisis. 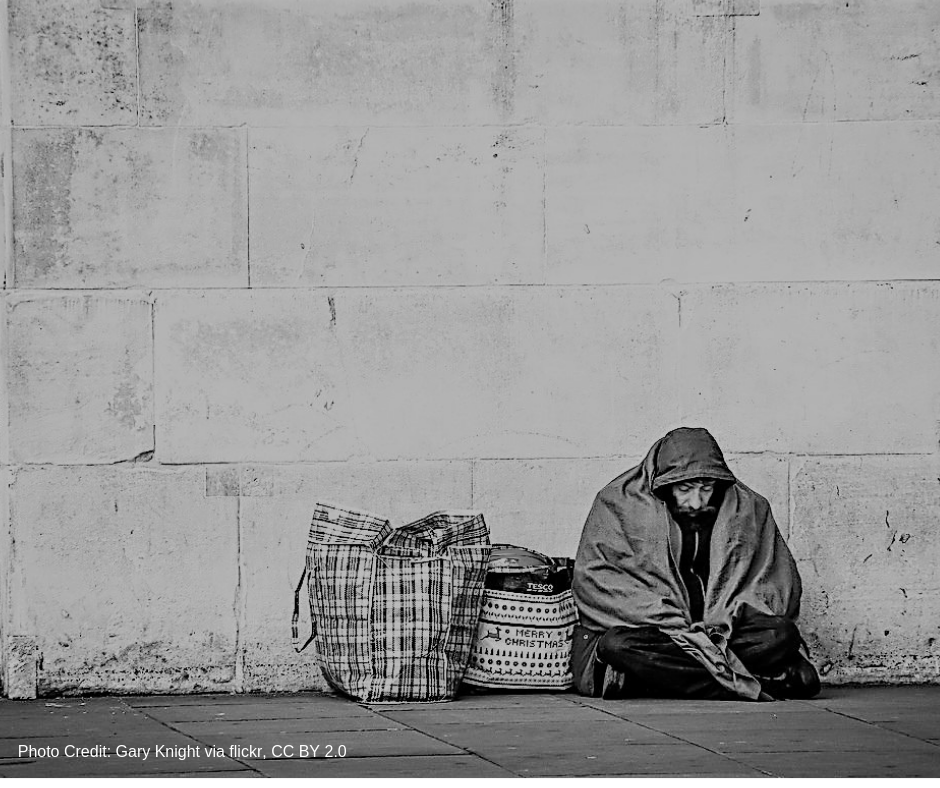