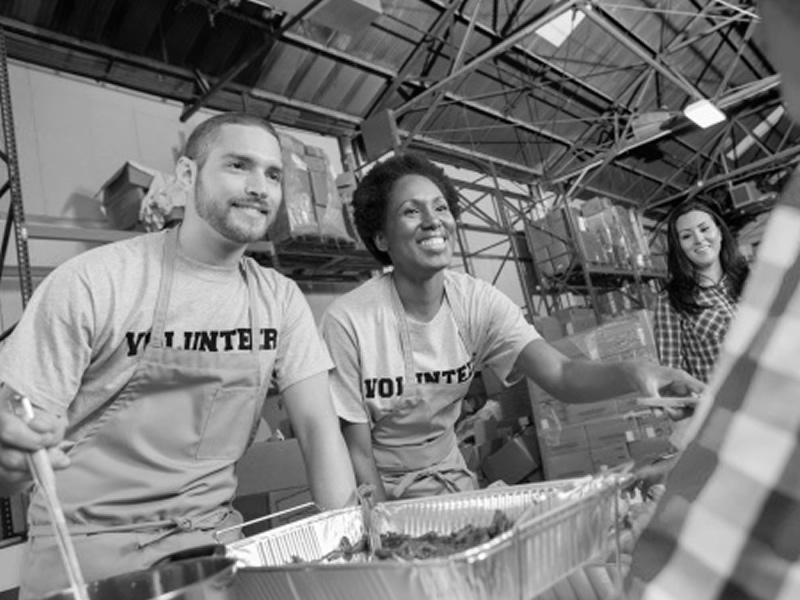 Government statistics published at the end of December show that the poorest 10% of the UK population may be at risk of malnutrition. Following what is traditionally a period of over-indulgence at Christmas, these figures are even more disturbing. Rising food prices are one possible cause, but it is also to do with the actual food that is being consumed and its poor nutritional value. Significant numbers of poor people are consuming fewer calories than they need to maintain their full body weight. Last year the poorest 10% of the population spent over 20% more on nutrition than in 2007, but received 7% less in return. Furthermore, there is a widening gap between the rich and the poor. Does this matter? Apart from obvious issues of justice and equality, such statistics bring to the surface one of the immediate effects of poverty and its impact upon the whole of people’s lives. Without appropriate diet and nutrition, none of us will be able to function effectively as we might, and other problems of health, wellbeing and economic and social activity will be set in train.

So whose fault is this? Although the churches and related charities have been drawing to the policy makers’ attentions the growing demand on foodbanks and the fact that it is people already in work who are becoming increasingly dependent upon them, there is a tendency in government to point the finger at the victims themselves. A Conservative peer, Baroness Jenkin of Kennington, asserted that poor people are going hungry because they do not know how to cook; basic cooking skills have been lost with the result that poor people are unable to produce nutritious meals from scratch. This is but one example of what has become an established mantra within both political and media circles — if there is a problem, look first (and even solely) at the individuals concerned, and ignore any structural or system failures resulting from government policies.

A recent book emerging from the growing body of literature known as behavioural economics brings such an interpretation into sharp relief. In Scarcity: The True Cost of Not Having Enough Sendhil Mullainathan and Eldar Shafir present a series of concepts to suggest that any of us placed in a situation of poverty and scarcity would find ourselves facing the same problems and challenges. Their basic concepts are: tunneling/focus; myopia; bandwidth (capacity); slack in the system; shock; quick fixes; attending to the urgent but not to the important. Without going into the details of these, it is possible to see that this is, in some ways, an expanded version of Maslow’s hierarchy of needs. In other words, one has to be able to operate at the more basic levels of human needs, food, warmth, shelter, and we could add nutrition and diet, before one can begin to function effectively, let alone think about the demands further up in one’s life. When the immediate concern is to buy enough food, and therefore have enough money, just to feed oneself (and one’s dependents) for the next week, one is less likely to be able to think beyond this and to engage in even medium-term, let alone long-term, planning or strategies to counter the deeper problems. When a person has only limited bandwidth (or what I would call capacity) to begin to think about and address a host of immediate issues, other concerns get put to one side. Those who rely on payday loans, for instance, live from short-term loan to short-term loan, often getting deeper and deeper into debt, in order simply to deal with the immediate shortage of money. To the extent that this is the case, the political culture of “blaming the victim” is a deliberate ploy to deflect attention from the underlying issues and their causes.

Another term that we might use to describe what becomes scarce in this context is energy. The problem with a deficit of nutrition is that one is left without the requisite energy to tackle or address the myriad problems that one is faced with. Anyone suffering from even a short-term illness will recognise that one becomes so focused on the immediate symptoms and their hoped-for relief that other concerns slip rapidly down one’s personal agenda. As horizons narrow (as they also tend to do for those in older age) and one tunnels into the immediate, the energy to deal with wider issues diminishes and dissipates. One could even extend this to current UK politics with its narrow focus upon austerity and deficit reduction: all the energy goes into these objectives at the cost of other concerns such as health, education and environment. The effect of this, as the churches have been only too ready to point out, is that overall levels of wellbeing then suffer and inequalities increase at the cost of the whole; even tax returns diminish!

So our energies need to be expanded and redirected. This impacts both upon our understandings of economics and how humans function in practice, rather than according to the theories; hence the potential value of some aspects of behavioural economics and the insights it gleans from research in psychology, and also upon Religious Studies which now moves towards a greater acknowledgement of the material nature of our existence. As my colleague John Atherton has pointed out in his recent book Challenging Religious Studies: The Wealth, Wellbeing and Inequalities of Nations, calorific or nutritional deficiencies are sources of deprivation, and there was a point in the early 19th century when 20% of Britain’s population was unable to work because of this problem. Further, in a forthcoming book, A Philosophy of Christian Materialism: Entangled Fidelities and the Common Good (Baker, James and Reader, Ashgate 2015), we argue that recent developments in philosophy can broaden our understanding of what it is to be human, taking into account the interrelationships or assemblages that constitute a realist approach, and the crucial challenge of seeing the human in relation to the non-human (which would include the food that we eat). The scarcities that we face relate both to food, income and welfare, but also to political and religious imagination, all of which are required to redirect our activities towards the greater good.

John Reader is an Associate Research Fellow of the William Temple Foundation.

Join the discussion on foodbanks and more at our pre-election conference, in partnership with Church Urban Fund and the Joint Public Issues Team.