Defining the Borders of our Island at the Time of Brexit

I’ve recently been reading this wonderful essay on how human societies throughout history have thought about the concept of “islands”. The theme seems pertinent for our situation. After all, one of the archetypal figures for “England” and “Englishness” is that of “the island”, a kind of self-enclosed space, unique and sufficient unto itself. The figure occurs in poetry, in music and in the visual arts. And recently it has been recurring in the political discourse surrounding Brexit.

For some, of course, the idea of “island existence” is an inspiring and aspirational one. Perhaps we might echo W. H. Auden’s celebration of a country formed in the image of “the English cell”:

Could our few acres satisfy

Or rival in intensity

The field of five or six, the English cell?

For others, the idea smacks of a “little Englishness” that is naïve, regressive and dangerously close to expressions of nationalism (whether more or less benign). 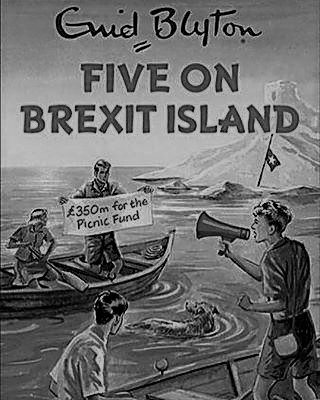 But either way, our understanding of “island existence” warrants examination, for it draws attention to the important question of borders. What should be the porosity of the borders that join this “island” to Europe and, by extension, to the rest of the world? Of course, Brexit is causing this question to be re-opened. Not least in relation to the backstop arrangement for the island of Ireland. And while intergovernmental negotiations continue, it behoves us to think about the implications of this question at the level of ideas too. After all, as the EU Chief Negotiator Michel Barnier said in a speech in Dundalk earlier this year, the Irish border is one that “has been removed not only on maps, but also in minds” and, whatever the outcome of Brexit, “it should not and must not lead to the return of a hard border, neither on maps nor in minds”.

To think about this, we might turn to an unlikely source. For the question of borders was examined at a theoretical level by the twentieth century German political theorist, Carl Schmitt. Schmitt was cautious about the progresseive elimination of borders he perceived as occurring in the post-war, globalized, international order. Why? Because, for him, it presaged the arrival of universal values that would be imposed upon societies “from above”, diluting the geographically and historically-rooted matrix of human social existence that had pertained before. Thus, for him, at the heart of a borderless Europe was the idea of a “monistic metaphysics” (Political Theology, 1922, p.19) that would end up impoverishing the realm of concrete human life itself, with its potential for organic creativity, inventiveness and self-expression.

To counter this vision of a generalized global society, Schmitt re-introduced the idea of the border. For him, politics was the act of defining oneself as a collective against some other collective, such that the “we” determines its identity in large part by staking out a border against the “not us”.

Schmitt’s thought at this point skates perilously close to the reactionary. Indeed, some have cited his work as providing the ideological blueprint for populist authoritarians such as Trump, Duterte and Orban. And so it is true that, in the words of Bruno Latour, the recommended “dosage” of his thought to be consumed should be watched “as carefully as we would do with a powerful poison” (An Inquiry into Modes of Existence, 2013, p.113).

But perhaps there is something that can be pilfered. For Schmitt’s core idea is a spatial one. In order to fully represent ourselves, he claims, we need to occupy a space. And this can only be done by staking a claim, that is, by representing oneself as something and not as something else. It was precisely this act of representation that Schmitt thought was under threat in the era of globalization, whose only demand upon us was to submit to generalized norms that have already been decided for us. His interest in borders was therefore intended to energize us to become more (not less) representative societies, understanding truly which values matter to us in the particular time and space we inhabit, and then being open to composition and growth “from the bottom up”, rather than “from the top down”.

Translated into our current situation, this would be a vision of “island existence” that would be open to new forms of inclusionary representation in the future. Whether this is the vision that will actually be delivered by Brexit… I will leave up to you to decide. But, since this is our journey, I think it is incumbent upon us all to think now about the “political” processes (in Schmitt’s terms) that will determine the borders we establish and, by extension, the terms on which we seek to engage with Europe and the world.

What is the role of religion in supporting this vision? It seems to me that religion can model and enact the very movement described above. After all, what is religion if it is not the staking of a claim, the gathering of a people around a shared value that they hold dear and that defines them as a collective. And then, at its best, religious communities are those which open out these borders, inviting an engagement with the outside world on terms that have clearly been defined. For Schmitt, this would be the foundation for genuine “political” debate itself. He approved religion as an ingredient in safeguarding this future. Perhaps here, then, is a constructive role for religion in the public space at the time of Brexit.

We here at the William Temple Foundation would love to hear from you: do join us on social media to explore your stories about the role of religion in forging a representative political future for this little “island” whose borders we now must conceive afresh!

Modestly does it
Yasmin Khatun Dewan 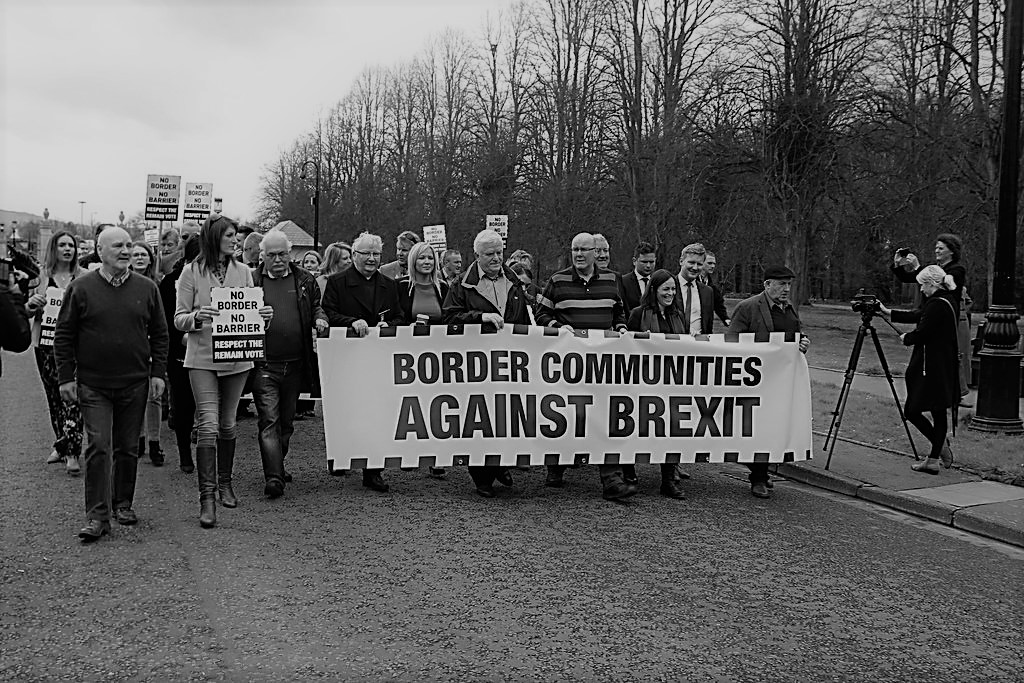