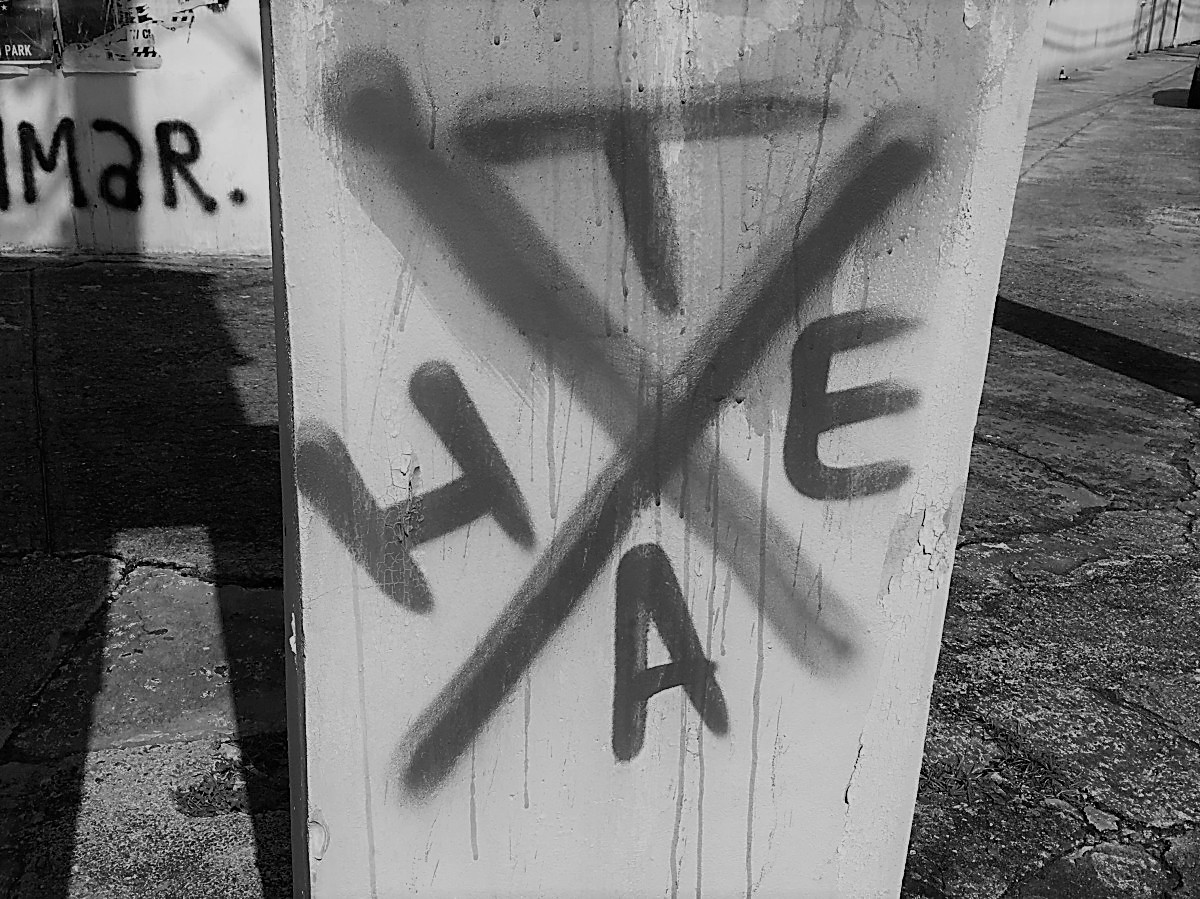 The Revd Canon Brian Mountford, Fellow and Chaplain of St. Hilda’s College, Oxford, reflects on ethical description and legal protocol when it comes to religious hate crime in 2018.

We have just observed National Hate Crime Awareness Week, accompanied by statistics showing a surge in hate crime, particularly in the sub-category of religious hate crime. This latter division is not, as you might imagine, acts of violence between different religious tribes, but crimes against people simply for being religious as, for example, in the rash of attacks on innocent Muslims in the wake of the Manchester Arena bombing of 2017 and the Westminster Bridge terror attack.

Hate crime is defined as an offence in which the victim is abused by hostility towards their race, religion, sexual orientation, disability or transgender identity.

What is its motivation? Rabbi Jonathan Sachs gave a brilliantly concise analysis on ‘Thought for the Day’ in which he cited the ‘Robbers Cave Experiment’, where two teams of psychologically well-adjusted boys were set increasingly competitive tasks which resulted in escalating aggressive behaviour towards each other, including one team burning the other’s flag, stealing each other’s property, and hand-to-hand fighting. His conclusion was that groups unite and divide. We are social animals and deeply inscribed in our nature is the tribal spirit, which polarises groups into ‘us’ and ‘them’. Sachs argues for cooperation, a ‘bigger us’, and the ancient Jewish principle of welcoming the stranger within your gate.

The most notorious religious hate crime remains the Nazi programme to exterminate all Jews in Europe and beyond during the Second World War. This may look more like an ethnic crime, but for the Jews race and religion are one. When it came to the trial of Adolph Eichmann, one of the principal organisers of the Holocaust, the Jewish philosopher Hannah Arendt observed that Eichmann was a bureaucrat so dull and insensitive that he didn’t really connect his activities with the unspeakable horror of the death camps. In analysing this phenomenon, Arendt coined the phrase, ‘the banality of evil.’ The bureaucrats became cogs in a machine and somehow immunised from the evil of what they did. Theirs was a small contribution to the monstrous whole and they would scarcely recognise what they were doing as a hate crime.

‘Hate’ is a powerful and robust word, sparingly used in mature adult discourse. Hence, its official employment to describe a category of particularly odious crime. However, it is bandied about so much in officialese that it stands in danger of being debased by becoming commonplace. This isn’t helped by our natural inclination, implied in the Sachs analysis, to trivialise our prejudices against anyone who is not ‘one of us’, for example, by joking in bars and in private conversations when you feel safe no one else is listening in—knowing basically we are tribal animals and that civilisation requires us to curb our tribalism. Indeed, the private voicing of prejudice can be a means of purging and controlling prejudice, naming our weakness being part of overcoming it.

And here’s an ethical puzzle: what language are we to use? In his remarkable memoir, HITCH-22, Christopher Hitchens devotes a chapter to his time in ‘Mesopotamia’ in the Saddam Hussein years, in which he describes that tyrant’s atrocities against the Kurds and his foul cruelties against his own henchmen. Hitchens recalls Saddam’s macabre triumphal arch depicting a pile of shrapnel-holed Iranian helmets like a pyramid of skulls and says,

‘I think of it whenever I hear some fool say, “All right, we agree that Saddam was bad guy.” Nobody capable of uttering that commonplace has any conception of radical evil.’

It might not work to rename hate crimes as ‘crimes of radical evil’, although that is what they are. Radical because they stem from the roots of our DNA—our group survival conditioning—and evil because they are profoundly immoral.

Generally, it seems to me, the law shies away from the philosophical vocabulary of ethics: it is concerned more with the codification and administration of practical ways of enabling people to live together with commonly acceptable standards. This can lead to lowest common denominator approaches. In the United States of America, where the licence to speak is perhaps as sacrosanct as the freedom to carry a gun, it seems you can be insulting about a person for who they are, so long as you don’t actually incite violence against them.

I think it’s good to bring to the public square the ethical nuances that law is poorly equipped to propagate or enforce. Maybe that’s not the law’s job anyway. Last weekend, the Sundays carried headlines that an MP had said if the Prime Minister went to speak to the 1922 Committee (as proposed) she would enter a ‘Killing Zone’ and she should ‘bring her own noose’. This incendiary language seemed to many commentators radically evil, hateful, and morally in the same category as the murder of Jo Cox MP, killed for her anti-Brexit views. Ethics can be that bold; law stumbles over such a refinement. It’s reminiscent of Jesus’ hyperbolic teaching in the Sermon on the Mount that anger ‘with a brother or sister’ is in the same category as murder—an idea that is not easily codified.

Religion is often seen as more about sinning than being sinned against. Historically, it’s been pretty expert at hate: crusades, Jihad, Inquisition, fatwahs, burning of heretics, expelling gays from its communities. But all the main religions speak of loving your neighbour and doing to them as you would have them do unto you. We still need that simple prophetic voice in the moral turbulence of 2018.

Modestly does it
Yasmin Khatun Dewan