Review of ‘The Place of the Parish: Imagining Mission in our Neighbourhood’ by Martin Robinson

Associate Research Fellow Greg Smith reviews Martin Robinson’s recent book ‘The Place of the Parish’. He applauds Robinson’s attention to the importance of locality but wonders whether this must still be held in tension with an outward-looking desire for justice.

In this book, Martin Robinson, an experienced urban minister and Principal of ForMission College, has produced a very useful and thoughtful introduction to missional thinking for local churches in the UK and beyond. It will be of value to clergy, lay leaders, and those in training. It is written in an easy-to-read, popular style though drawing on sound scholarship in urban geography, social science, and missiology, as well as years of experience in church and community work and familiarity with the many relevant reports published by the major denominations.

The book begins by asking why ‘place’ is important in the contemporary world. For Robinson, place is more than space because it involves the people who live in or use a locality, their mental maps, their network connections with others, and the shared narratives that give meaning to life in that space. The second chapter looks at the present crisis of the parish as conventionally understood. And the third at the way clergy, active church members, and the local community can connect to build a parish which is spiritually and socially healthy, makes a positive contribution to human flourishing in the local context, and can remould the identities and narratives of particular places.

The final three chapters begin with Lesslie Newbigin’s profound question: “Can the West be converted?”. This is, above all, a critique of the impact of the enlightenment, and its privileging of individual human autonomy and rational thought which assumes that human beings are in control, religion is about belief rather than faith-based action, and rights and risks are attached to individual persons. Today, consumer choice and enhanced mobility allow people to attend church congregations, or even “performances”, which match cultural preferences, rather than following a call to locally earthed discipleship and a socially mixed fellowship that matches parish demography.  Robinson moves on to advocate for models of church that are currently being developed by the “new parish movement” that is emerging in a variety of settings around the world. This movement includes examples that are Catholic, evangelical, mainstream denominational, and “black majority”, but they all seek to attract,  and  to some extent be or become, what  David Goodhart has called “somewhere people”.

Such a project has many attractions and the ideas in this book are certainly worth pondering and exploring as a possible strategy for the renewal of local churches. It will not always be easy, and one significant issue will be the increasing residential segregation of communities along ethno-religious, social class, and generational lines. How, for example, does a new parish model take root in the predominantly Muslim areas of northern mill towns, the coastal retirement neighbourhoods around Blackpool, or the gated communities in affluent areas of London and the South East? There is also a question as to whether such groups might become too comfortable with a local status quo, rather than develop the political cutting edge and concern for Bible-inspired social justice that was reported in the base communities inspired by liberation theologies across the globe.

Of course, the book was written in the time before the eruption of the COVID-19 pandemic. Inevitably, there are now further important issues to be discussed. As much of the world is now under lockdown, many churches have suddenly ceased to meet for public worship and a high-speed (r)evolution towards virtual church has swept the internet. Patterns range from YouTube streaming of superstar preachers and celebrity Christian musicians, to informal and clunky Zoom gatherings for prayer, bible study, and mutual social support. There has also been much theological angst about the Eucharist; is communion valid in the breaking of bread in the absence of the real presence of the people of God in one place—even before one thinks about the issues of priestly consecration and the real presence of Christ? At the same time, local Christians and local churches have been playing a significant role in emergency community development at street level and in the support services for food delivery, volunteering in health support roles and telephone counselling. Even when the doors of the churches are once again opened, the world will emerge to a significantly different form of social reality, with much lamentation and ongoing economic pain. Beyond that, it is impossible to predict how the world will be, and whether or not the church as we know it, with or without its old parish structures will endure. 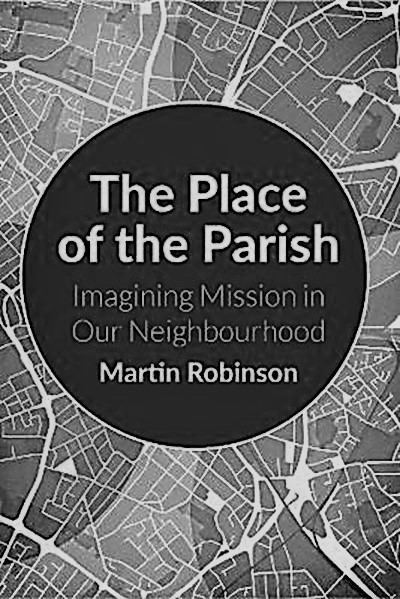